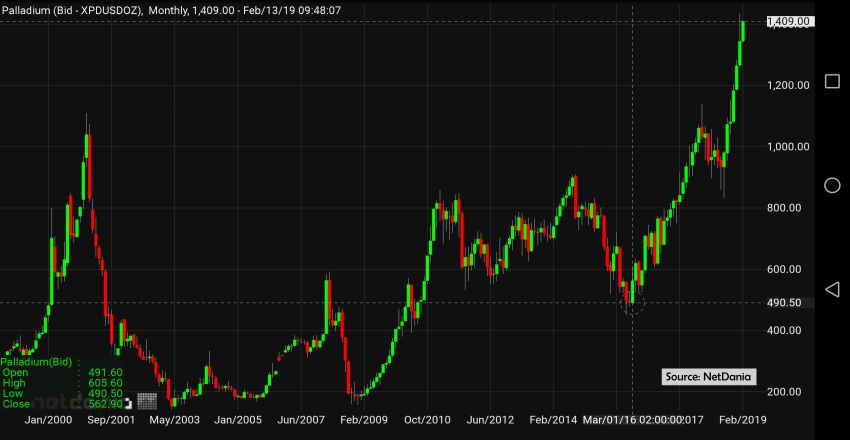 About palladium as an investment class

Palladium is a very scarce precious metal. The annual production is around 210 – 220 metric tons (“mt”; US Geological Survey). Palladium is only mined as a small portion of polymetallic ores. Thus, a specific targeting to substantially increase palladium extraction is not possible.

The largest known reserves are in South Africa.

About 80% of the global palladium production is used in catalytic converters of petrol cars. Tightening of governmental regulations to reduce the output of particle pollution is increasing the production of petrol cars, compared with diesel cars.

The development of electric cars is well going ahead. But electric cars are not expected to reach a level where they could substantially start replacing cars with conventional fueling, for the next five years.

The palladium market is highly volatile, as seen on the above graphic. It seems to be more predictable than other metals, though, due to the fact that about 80% of the world production is consumed by one single industry, the car industry.

However, there is a huge paper palladium market (contracts based on palladium, futures, options etc.) , mainly serving the purposes of advanturers. There are only 42.000 ozs of palladium on the COMEX vaults, but 2,8 million ozs digital obligations.

The below table with a comparison of the main and m

Palladium compared with other investment products 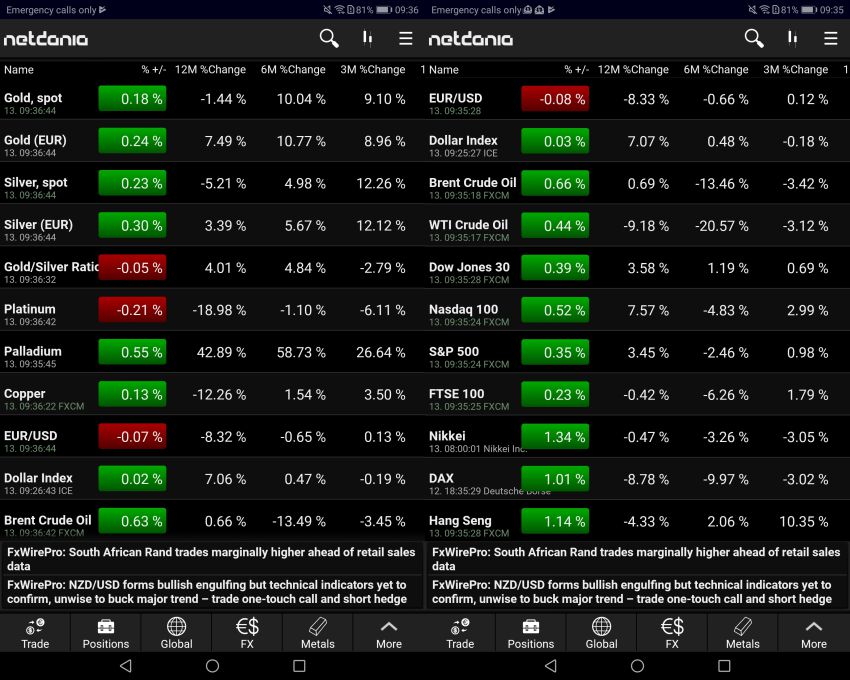 The price development of palladium did surpass all other investment products. While palladium gained 41,89% during the last 12 months (as per yesterday), the next highest investment product is Nasdaq 100 with 7,57%, closely followed by gold on Euro (XAUEUR) with 7,49%, and the Dollar Index with 7,06%. The difference between the Dollar Index on the left and right table stems from the little time gap between saving the left and the right table.

Is it too late to invest in palladium?

We do not provide any investment advices of whatever kind. However, as the market situation and the expectation of market experts show, there seem to be still room for substantial gains.

Do only consider to invest funds that you do not need for your current life style or to cover your liabilities!